Despite the overwhelming proof that Kevin L. Walker is listed before Michael jai White, Wikipedia admin continue to publish libel, defamatory, and incorrect information for Vigilante Diaries the film. Kevin L. Walker is indeed billed above Michael Jai White, Michael Madsen, James Russo, and other known actors, as clearly seen here on the actual screen credits however, Wikipedia admins continue to act maliciously, and refuse to correctly list Walker. They also refuse to list information on the Federal Lawsuit & Federal Judgement that was issued on the film. Did anyone say “FAKE NEWS” ?

Anyone can EASILY see from the video clip uploaded by Walker himself that he is clearly listed 4th in the actual screen credits.

A very obviously INCORRECT fact about this project is that though Wikipedia states they are unbiased, the wikipedia page for Vigilante Diaries has been consistently manipulated and vandalized, with incorrect information, in an attempt to smother Walker’s web presence, and notoriety.

Yet, for some reason, wikipedia allows the Vigilante Diaries page to remain incorrect. Select Wikipedia admins even go as far as blocking the correct information from being entered. Wikipedia hasn’t corrected the information and to date, wikipedia and its writers are endorsing this false information.

Why would Wikipedia allow this to continue and/or why would some one do this?

(3) Or perhaps, someone doesn’t want Walker to succeed. Being permanently listed in the initial web google browser data of a Wikipedia page significantly increases one’s notoriety, and the active force behind this unscrupulous suppression understands that very well. 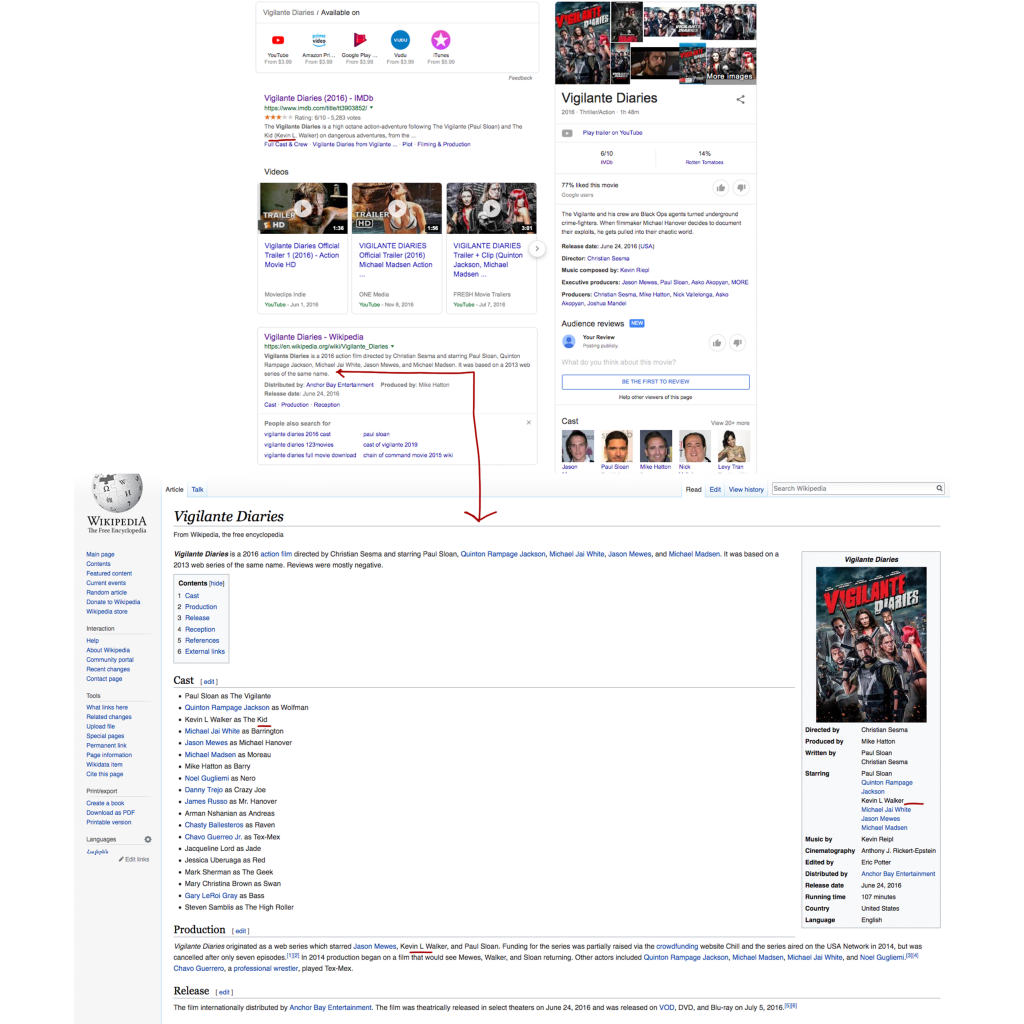 But wait, Wikipedia writers, admins, and moderators must just not know about this, right…?

Wrong.. they know very very well, bu despite the vandalism, Wikipedia and its admins allow the incorrect/erroneous information to remain. 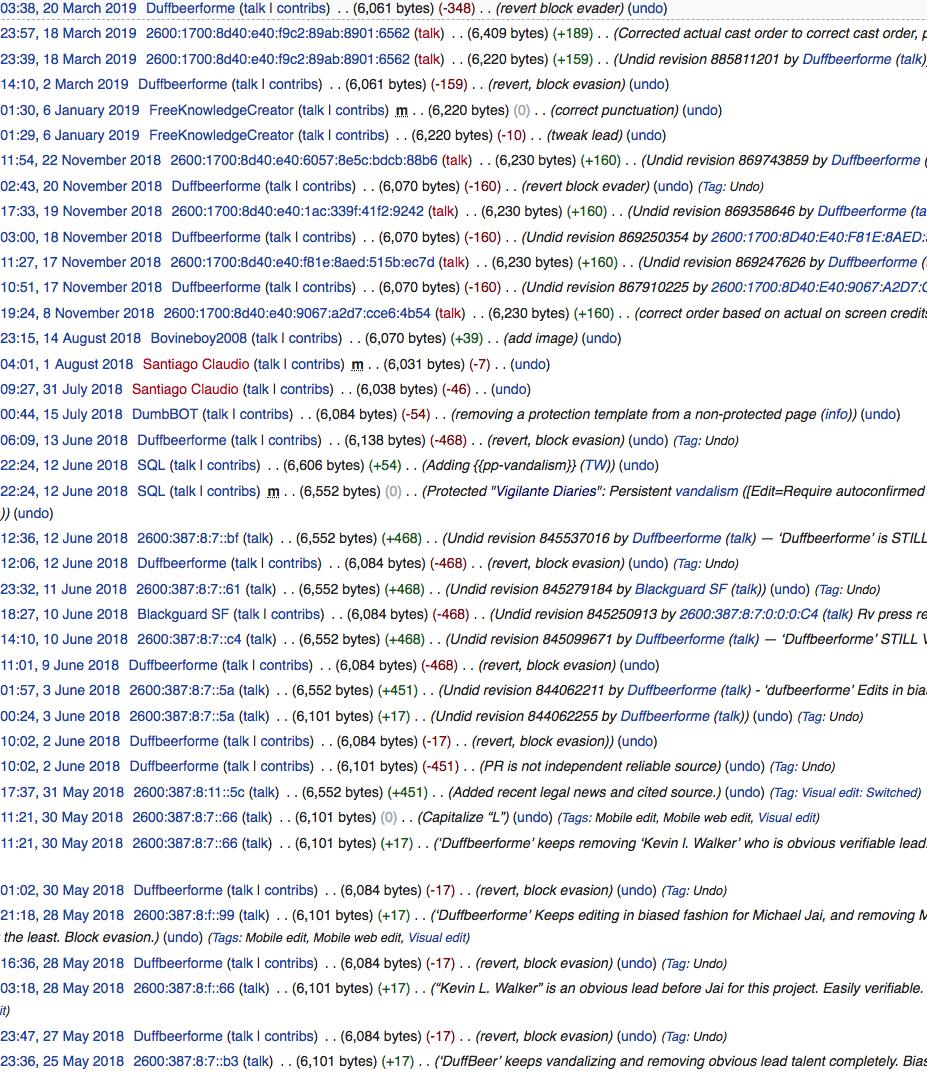 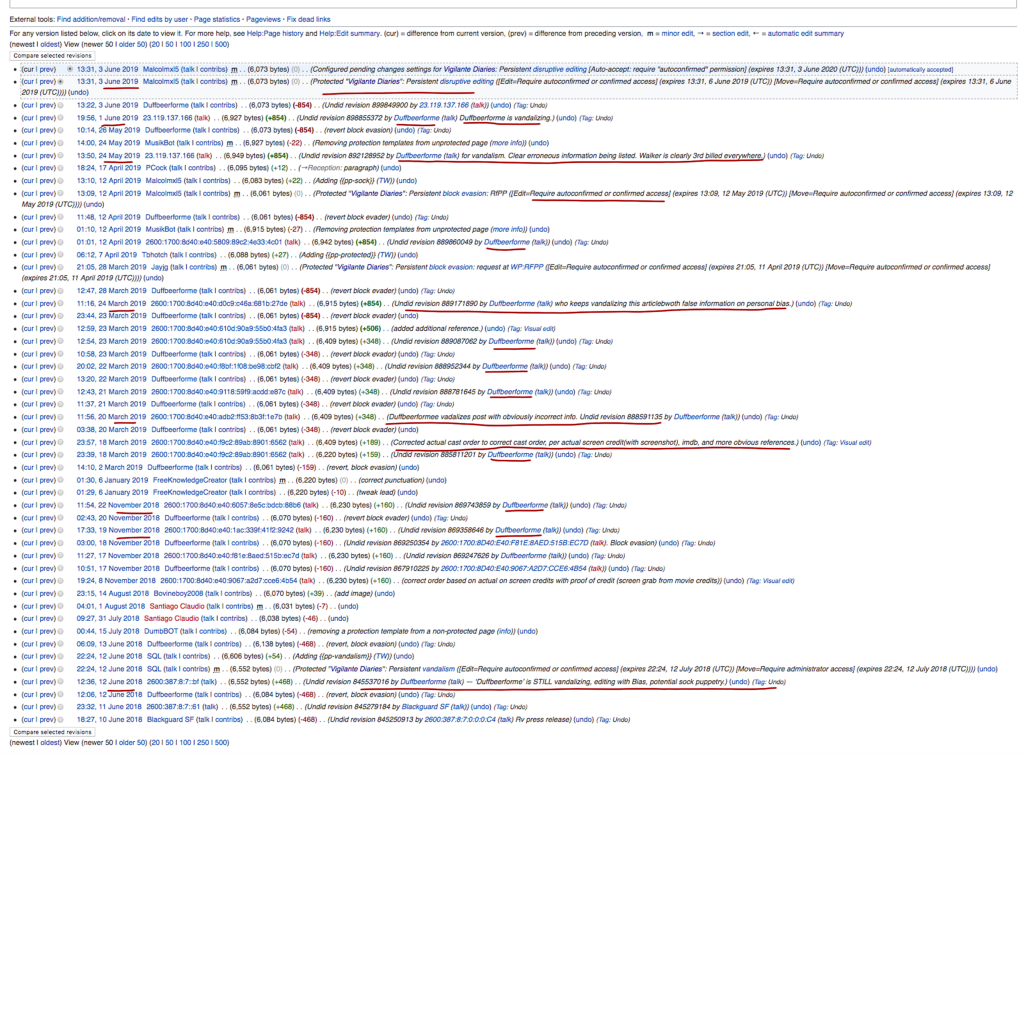 No action @Wikipedia ?? I see. You understand you are a troll infested joke of a platform, full of force fed propaganda and nonsense.? Systematically bias junk platform? Some retarded troll named @DuffBeerForMe keeps vandalizing the #wikipedia and your “admins” act in collusion. pic.twitter.com/fDBE2uFXqz

Don’t just take our word for it. Read the federal court document, view the wikipedia page, and view all the clear cut evidence for yourself.