Kevin L. Walker is best known for his acting and various entrepreneurial endeavors. Walker has founded various successful businesses such as The Creation Station Studios, Piiggy, Retailopolis, and Barber Backpack to name a few. Acting wise, he has appeared on CSI: Miami, The Young and The Restless, Pope, Retail, Law & Order, and he recently Starred in, Vigilante Diaries.

On Feburary 22, 2018 Walker tweeted the following:

So #VigilanteDiaries has been internationally released via @AnchorBayEnt for over 2 years now, under multiple names, digital sales, Blu-Ray, DVD, you name it.. but not one single dollar has been paid to anyone involved with the project…? Thankfully @sagaftra is involved

Vigilante Diaries originated as web series via Chill (William Morris Endeavor owned) and eventually was commissioned into a full length feature film, which has been distributed across the world via Cinetel Films and Anchor Bay Entertainment. Since it’s international release on June 24, 2016, Vigilante Diaries has been exhibited on HBO, Cinemax, iTunes, Vudu, Amazon, and on DVDs and Blu-rays. It has also even been released in other names like, “LA Outlaws.”

I had the opportunity to speak with Walker and this is what he had to say:

Chris: “Your initial thoughts on this whole thing?”

Walker: ” I originally was offered a starring role in Vigilante Diaries the film in 2014. I was promised a lot of stuff and ultimately none of it was ever delivered. They initially tried to release this project under “New Media” despite this being intended for theatrical release. Because I voiced concerns on behalf of everyone, they were forced to sign the correct theatrical contracts. Now they are just blatantly not paying anyone involved with the project. I know stunt guys that got injured on set doing some awesome stuff for us, and he just went home with fractured ribs… A lot of people trusted these guys and believed in the project. 99% of the cast and crew worked ‘deferred pay.’ Here we are two years later and we see unscrupulous producers like Asko Akopyan flaunting on social media about buying luxury vehicles, traveling, and bragging about how they were able to take advantage of on the whole cast and crew. That’s not OK.” 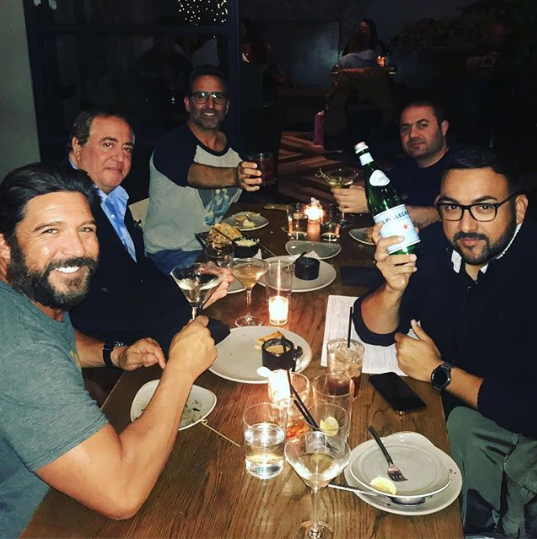 Chris: “Not worried about upsetting people?”

Walker: “Nope. Operating with integrity is mandatory. I dedicated over 2 years of my life to working on and promoting Vigilante Diaries, only for these guys to try and rip off me and everyone else attached to the project. I’ve never been the type to remain quiet and be taken advantage of and that little dweeb Asko Akopyan knows that. That is not an example i’ll ever set.”

Chris: ” Any other cast members mention not getting paid?”

Walker: “Everyone I talk to. Majority of the cast and crew is unaware that they are even due any compensation for the distribution of the film and using their likeness. Producers have not communicated that to anyone and they even tried to sneak though under ‘New Media’ contracts, which would have resulted in everyone being paid minuscule amounts of money, or essentially being stripped of any residual entitlements they had. These guys are refusing to pay anyone anyways, and they can never get their books straight, so the whole situation is a little complex. It’s not even about the money at this point. It’s primarily about respect and principle here. These guys are bad actors in the entertainment space in my eyes.”

Walker: “I believe SAG’s legal has been trying to work this out, but it has all been drug out for at least over a year now by the producers. SAG-AFTRA’s counsel Nate Hennagin has been very helpful throughout this entire process, despite the producers lack of communication, honesty, or willingness to even cooperate. We will see what happens at our arbitration hearing this coming November.”

The Creative Geniusess team reached out to Producers Asko Akopyan, Mike Hatton, Steven Goldfield, Nick Vallelonga, Jason Mewes, Paul Sloan, and Christian Sesma, however all have refused to comment. When you google the executive producer name, one of the first article to come up is one from 2017 and titled: “Asko Akopyan Is A Hollywood Jackass“…

Anyone with a grievance or information regarding this is encouraged to contact SAG-AFTRA’s counsel Nate Hennagin. 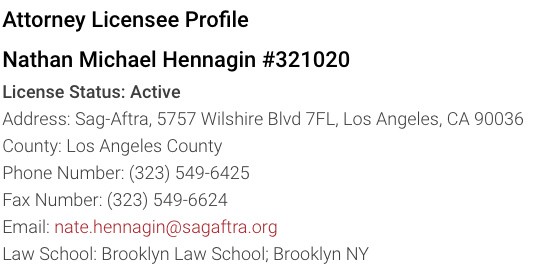