A number of high-profile Twitter  accounts were simultaneously hacked on Wednesday by attackers who used the accounts — some with millions of followers — to spread a scam where users send crypto to an address, expecting more crypto/money back in return.

@bitcoin, @ripple, @coindesk, @coinbase , @KanyeWest and @binance were among the accounts hacked with the same message: “We have partnered with CryptoForHealth and are giving back 5000 BTC to the community,” followed by a link to a website, which we are not linking to.

Some of the accounts were quickly back under their owners’ control and tweets were quickly deleted. At the time of writing, both Binance  and Bitcoin still had a tweet promoting the scam. @Apple also had its account hacked to push the same scam, as well as Amazon co-founder @jeffbezos.

The scammer’s website was quickly pulled offline. Kristaps Ronka, chief executive of Namesilo, the domain registrar used by the scammers, told TechCrunch that the company suspended the domain “on the first report” it received.

Many other accounts were quickly hijacked, including @elonmusk. The tweet posted to the Tesla and SpaceX founder’s account simply directed users to send bitcoin to a certain address under the guise that he will “double any payment” — a known cryptocurrency scam technique.

Given the massive failure in security, it seems as though hackers infiltrated an enterprise level application, where passwords were stored, or there was a massive twitter breach of data. 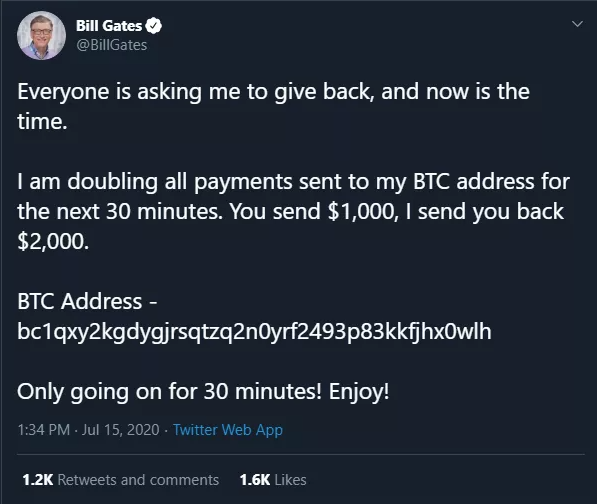 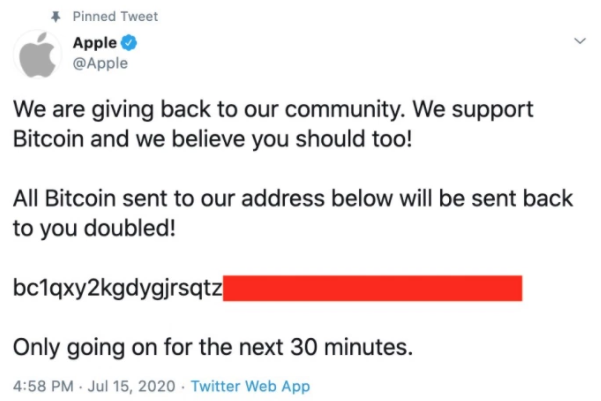 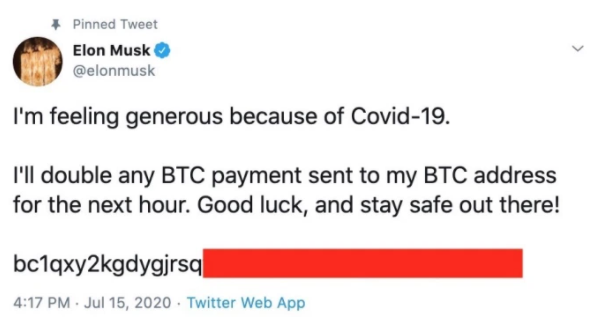 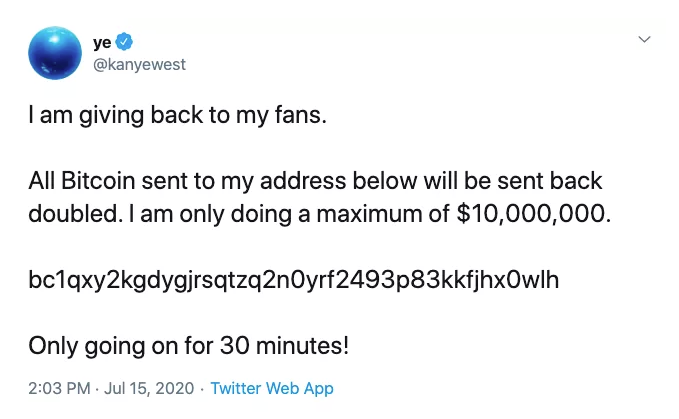