Both the city and county of Los Angeles have extended their curfews to Monday night, as well, from 6pm tonight until 6am tomorrow. Some cities have curfews that begin earlier, though:

Santa Monica’s curfew was initially announced to begin in business districts at 1pm and the rest of the city at 4pm—both until 5:30am on Tuesday. It has since been updated to a citywide curfew at 1:30pm. Big Blue Bus service will be suspended at noon.

Santa Monica is beginning to get a handle on the impacts of today’s events. With the arrival of the National Guard a few hours ago, we have remained focused on securing the City & restoring order. The curfew in #SantaMonica begins 6/1 @ 1PM for business districts & 4PM citywide. pic.twitter.com/rVBGvludIT

In a press conference, Long Beach announced a curfew that follows the same timeline: business districts at 1pm, the entire city at 4pm. Clean up efforts for businesses are exempt.

Beverly Hills also imposed a curfew on business districts and 1pm and the rest of the city at 4pm; it has since been updated to cover the entire city starting at 1pm.

Culver City’s curfew will be in effect from 4pm until 5:30am. 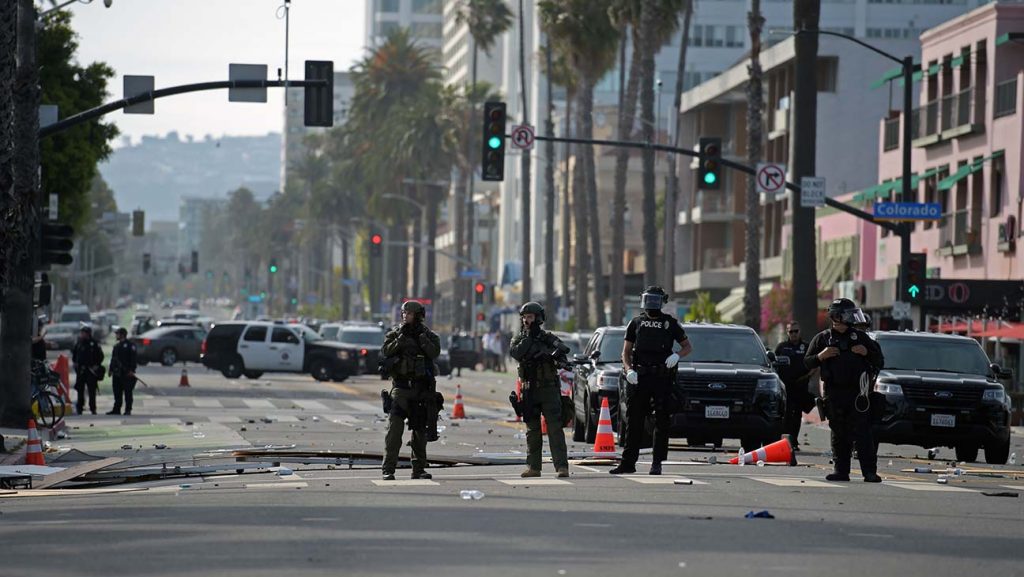 To protect public safety, a curfew will again be in effect tonight, Monday, June 1 at 4 PM to Tuesday, June 2 at 5:30 AM in Culver City. Residents are advised to remain in their homes during these hours. https://t.co/hQVmPPkdn4 pic.twitter.com/kA9bQBBBkS

West Hollywood has yet to formally announce one, but it says it’s likely to announce a 4pm curfew.