A retired police captain who died during a night of violent protests was trying to protect his friend’s pawn shop, his widow said.

David Dorn’s last moments were caught on video and apparently posted on Facebook Live, though the video has since been taken down. He was killed by people who had broken into Lee’s Pawn & Jewelry, and his body found on the sidewalk at about 2:30 a.m. Tuesday. No arrests have been made.

A video of his final moments was captured, where a distressed man pleads for Dorn to “hold on.” Words can be heard being exchanged in the video indicating the men that murdered Dorn also threatened the man taking the video.

“Over some tvs…?!” the man repeats in the video.

Dorn’s death came on a violent night in St. Louis, where four officers were shot, officers were pelted with rocks and fireworks, and 55 businesses were burglarized or damaged, including a convenience store that burned. Police also shot and gravely injured a burglary suspect who they say shot at officers.

Cities across the U.S. have seen protests and violence and violence since George Floyd died May 25 after a white Minneapolis officer pressed his knee into Floyd’s neck for several minutes even after the handcuffed black man stopped moving and pleading for air.

Dorn was a friend of the pawn shop’s owner and frequently checked on the business when alarms went off, his wife, St. Louis police Sgt. Ann Marie Dorn, told the St. Louis Post-Dispatch.

David Dorn served 38 years on the St. Louis police force before retiring in October 2007. He then became chief of Moline Acres, a small town in St. Louis County.

“He was very dedicated to youth, especially disadvantaged youth,” said Fitch, who led the St. Louis County Police Department from 2009 to 2014. “He wanted to see them succeed. He wanted to be a role model for those young men and women to go into law enforcement.”

Dorn’s personality was “bigger than life,” Fitch said. “He was a fun guy, a happy guy. You never had to wonder what he was thinking when somebody did something incredibly stupid like a crime because he would just say it as he saw it.”

When he took over as chief in Moline Acres, Dorn made it clear that his officers would be held to the strictest of standards, Fitch said. 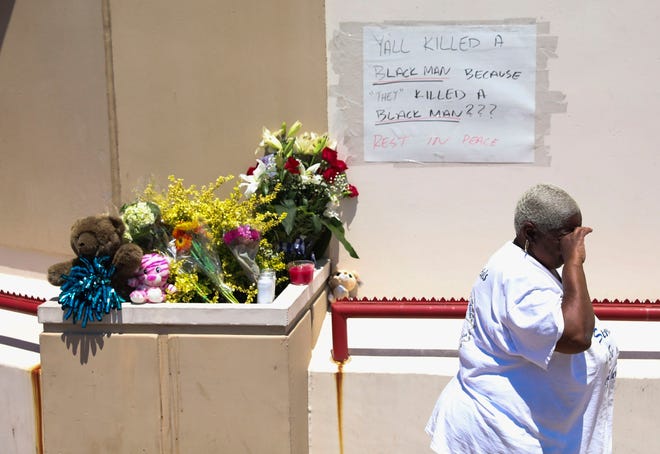 “He wanted them to do the right thing all the time,” Fitch said.

The Ethical Society of Police, which represents black officers in St. Louis, said in a news release that Dorn was “the type of brother that would’ve given his life to save them if he had to.”

“Many of us, the other officers, looked up to him,” Hayden said. “Was very well-liked, very pleasant. And his wife still works here. So a very sad time for our agency. We will honor him.”