“Freedom over fear,” read one protester’s sign in Indiana.
“Shutdown the shutdown,” another sign in Maryland said.
Health care workers stand in opposition to Denver protesters who demanded a stay-at-home order be lifted on Sunday.
Car horns blared in the streets of Annapolis, where members of the group Reopen Maryland said the closures of businesses have been financially devastating.
“We don’t think that there’s any reason we can’t protect the elderly and the vulnerable from this virus and still get our small businesses back up to work,” Paul Brockman told CNN affiliate WBAL. 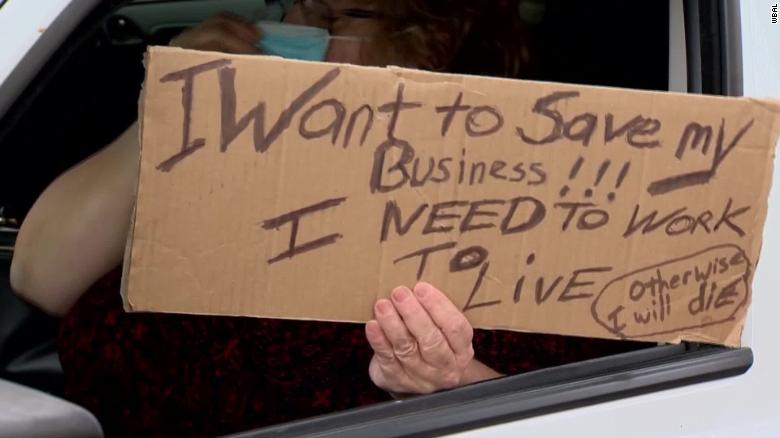 A protester in Maryland says she’s worried about her future if businesses don’t reopen soon.
In Indianapolis, protester Andy Lyons said he understands the health risks. But he wants the government to back off.
“If I get sick, then I am going to bear the consequences of my getting sick,” being a common position these protestors are taking.

66 people are talking about this
Across the country, more protests are popping up in both red and blue states.
Michigan, California, Ohio, Kentucky, Minnesota, North Carolina, Utah, Colorado and Washington have all seen protests in recent days.

Protesters take to the corner of Walnut and Main Street in #Huntington Beach as they protest #COVID19 #closures #coronavirus #virus @ocregister pic.twitter.com/5dojYZgoAO

Gubernatorial candidate Tim Eyman speaks during a rally to protest Washington state’s stay-at-home order at the Capitol building Sunday in Olympia, and more protests are expected, including in western New York state on Monday.
Maryland Gov. Larry Hogan said he understands “the frustration among the people that want to get things open right away. I’m frustrated also.” 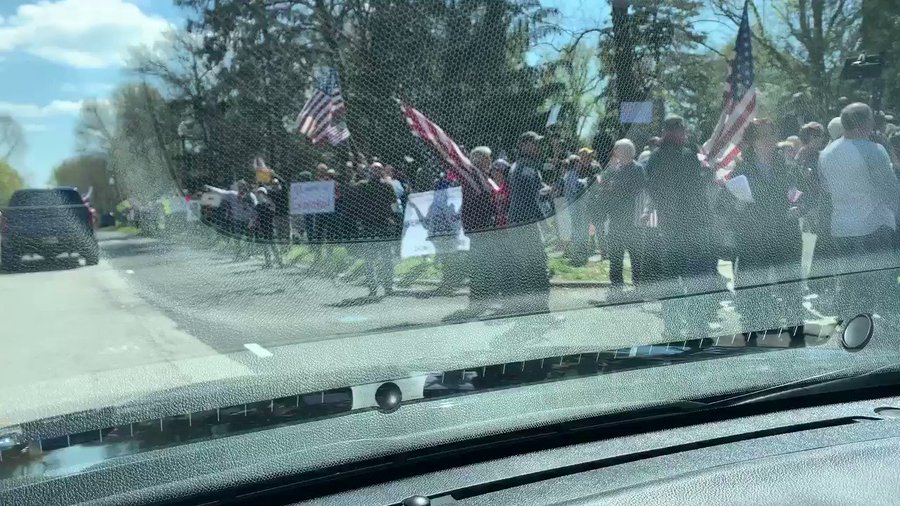