The Payment Protection Program of the CARES Act was created to help small business owners keep their businesses running, by assisting with their costs (rent, utilities, payroll, mortgage interest) and keep their employees engaged in the workforce. The federal government is backing $349 billion in Small Business Administration-provided loans that are meant to float the payroll of SMBs across the country until social distancing measures are eased, or another stimulus package is passed.

The program’s implementation has drawn the ire of critics with its mystifying details, and for good reason. Crashing web portals and extremely sluggish wait times have made the entire process stressful and exhausting. Beyond the application process, the PPP has a number of other pitfalls, and while the program will be a lifeboat for some small business owners, but will only put other further in debt.

Probably why various companies are returning their PPP funds.

Companies that have reported they are returning their funds.

As part of the CARES Act package, individuals filing for unemployment may be eligible for a weekly $600 government subsidy for up to 4 months. For workers in some states, like California where the maximum weekly benefit is more than $823, that means they could be receiving much more money than what they’d typically earn on payroll.

Initially it was broadly and generally stated that business owners could use the funds to pay rent, mortgage interests, and other obligations, but as time progresses the SBA has changed the specifications to state the following:

Some businesses aren’t expecting to be able to re-open in 8 weeks’ time. If employees have already been laid off, that means they’ll have to be re-hired to only maybe be let go again in 2 months — while potentially receiving less money than they could through unemployment.

If payroll makes up a big part of your business expenses, PPP has the potential to tide you over for the next 2 months. But for business owners with hefty rents and slim payrolls who have seen their revenue dry up, it’s unlikely to do much, and you will end up being in debt and owing the SBA, given the PPP doesn’t forgive for more than 25% usage on rent.

Additionally, PPP money is supposed to be dispersed 10 days after the loan has been approved. For applicants with early success, this means they may have already received their funds — enough to feasibly take care of payroll for at least 8 weeks.

In order for the loan to effectively be turned into a grant and forgiven, the PPP stipulates that employers have to return payroll level to that of February 15, 2020 by June 30, 2020. It’s assumed that lawmakers were hoping to have eased restrictions to allow the economy to recover by then. But as the crisis continues to loom with no end in sight, lots of business owners are wondering if they’ll be able to bridge the gap between PPP money and the optimistic June date. 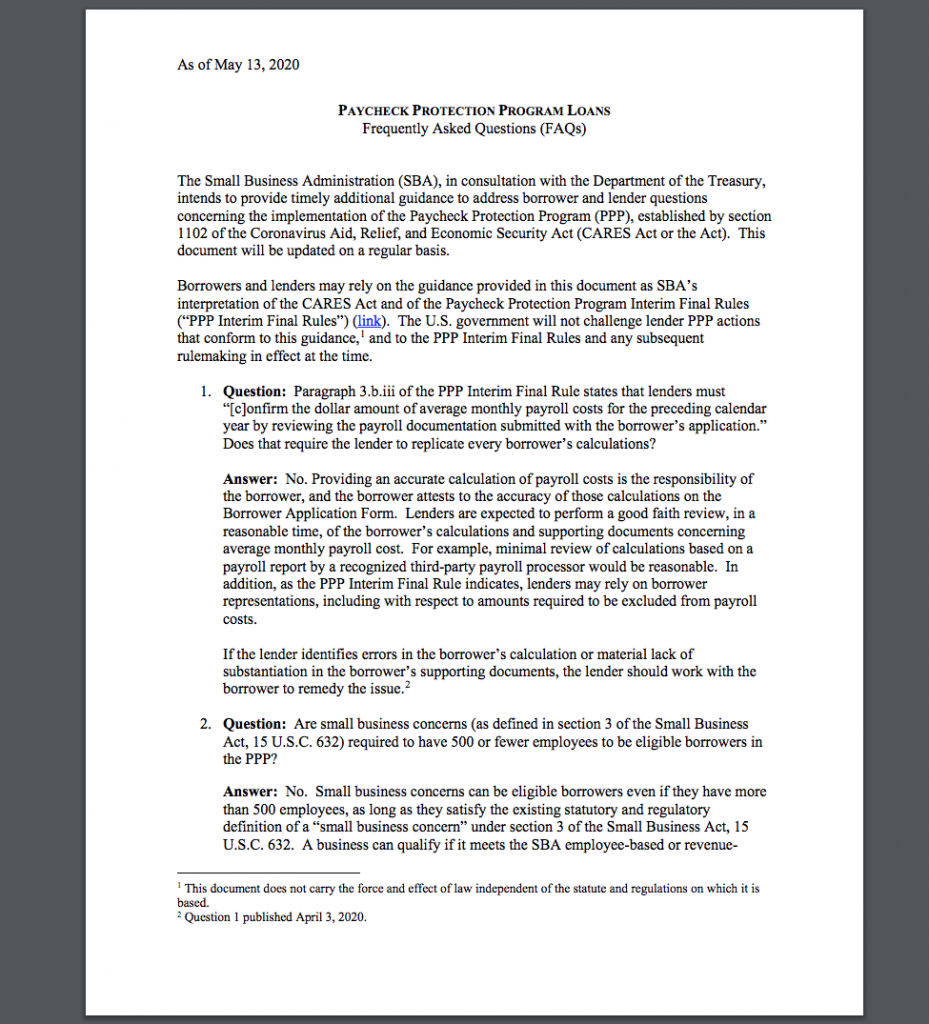 It’s not great for businesses that use Contractors or Freelancers

Independent contractors aren’t legally allowed to be part of your payroll calculations, but rather have to file their own, separate applications, which opened on Friday, April 10. For businesses that rely heavily on contractors — like many fitness studios or hair salons — their approved amount may only cover a fraction of their functional payroll.

You CANNOT use it to pay back a bridge loan

Many SBOs who needed access to working capital before government funding was rolled out applied for bridge loans. Their hope was that the crisis would be resolved temporarily. Now that we’re looking at extended shelter in place orders and social distancing measures, these same folks are applying for PPP money — only they won’t be able to pay back their bridge loans with it.

“OK, so if I’m approved for a bridge loan, I’m on the hook for that money while my revenue has hugely diminished,” owner of Waco, Texas pizza shop Ted Browning said.

SBOs aren’t the only ones who are finding this frustrating. “Can we loan them the money today and they pay us back with PPP money? Nope!” said Kent Curtis, CEO of CDFI-certified Colorado bank.

Forgiveness application is Onerous and will likely Intimidate

To top it off, the 11 page PPP forgiveness application  is extremely onerous and will likely intimidate your average business owner. 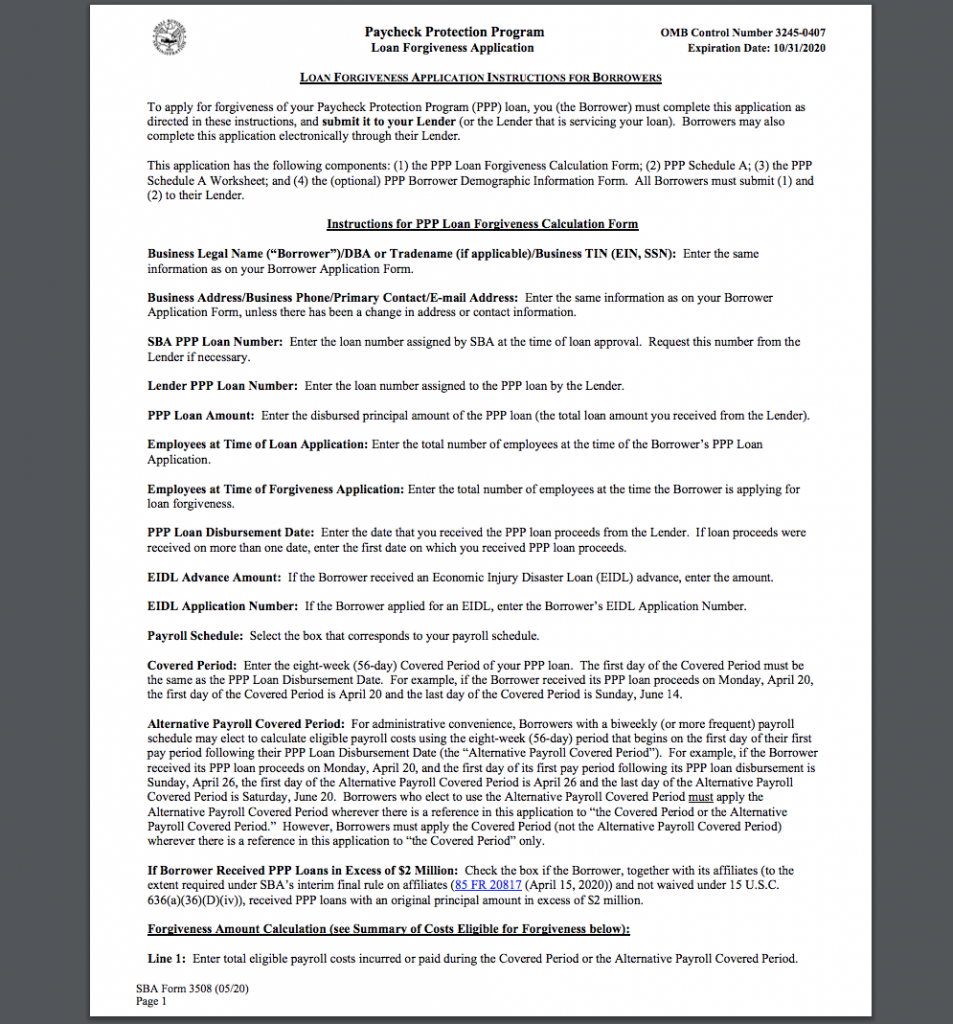