According to the latest  filing on Google Patents, Bank of America has filed for a patent for a settlement system citing a ‘ripple’ distributed ledger. The CEO of Ripple, Brad Garlinghouse, has expressed his surprise at reports suggesting that a patent application has been filed by the Bank of America which references Ripple’s DLT more than one time. In his recent interview with Bloomberg, the CEO has stated that he can neither confirm the speculation with regards to the patent nor kill it.

Continuing further, he said that Ripple is renowned for working with multiple banks across the globe and some of the world’s most prominent banks are already their clients. They’ll also continue working with banks globally. He added that he was surprised as well by the patent application as there has been no announcement from their side.

The patent has been filed on 6th June and is still awaiting the U.S. Patent and Trademark Office’s approval. As per Google Patents, the bank’s application is titled as “Real-time net settlement by distributed ledger system.” 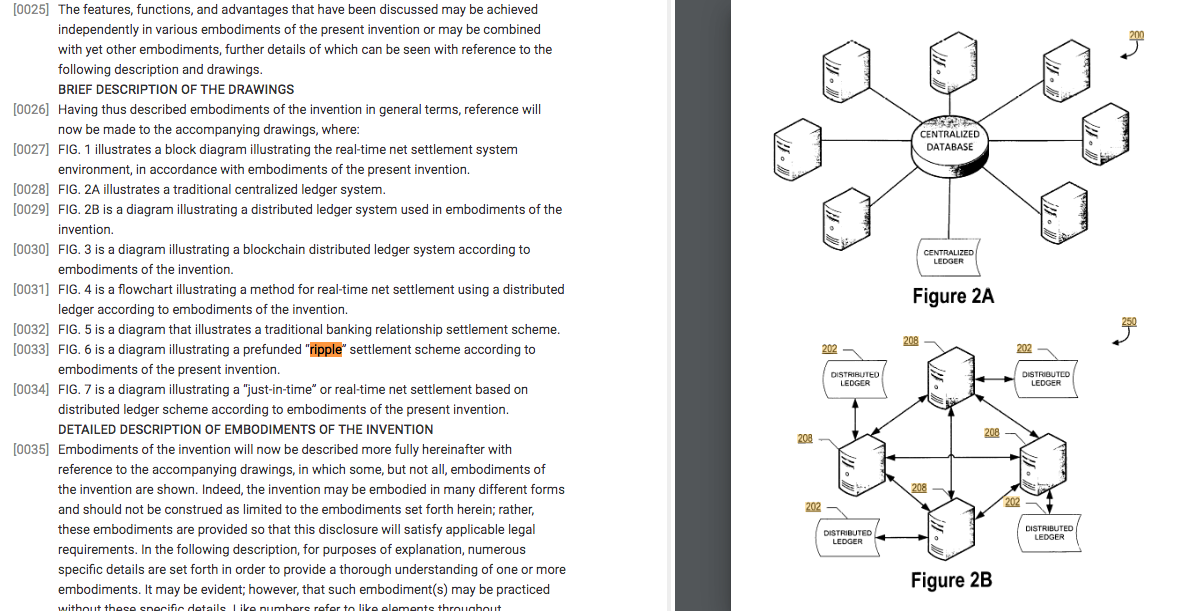