The Amazon Web Services platform, which is the largest cloud computing service by market share, has made its Amazon Managed Blockchain (AMB) service generally available, the company announced. 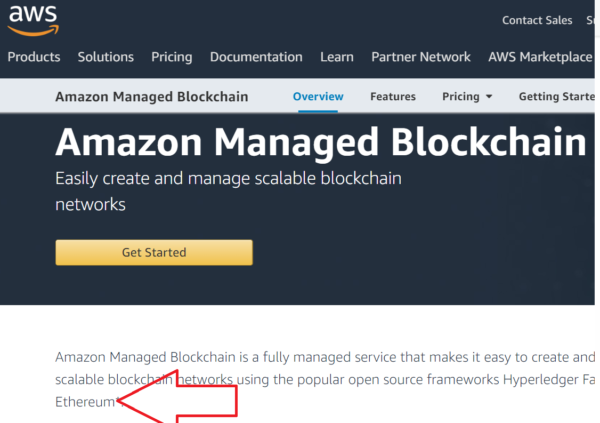 The service is aimed at enterprise customers and will allow them to build their blockchain networks for their organizations. The service is stated as being convenient, inexpensive, and efficient. The announcement reads,

Customers who want to allow multiple parties to execute transactions and maintain a cryptographically verifiable record of them without the need for a trusted, central authority can quickly setup a blockchain network spanning multiple AWS accounts with a few clicks in the AWS Management Console. Amazon Managed Blockchain scales to support thousands of applications and millions of transactions using popular open source frameworks like Hyperledger Fabric and Ethereum.

Rahul Pathak, General Manager of Amazon Managed Blockchain at AWS, said of the difficulty that businesses face in setting up a blockchain network,

Customers want to use blockchain frameworks like Hyperledger Fabric and Ethereum to create blockchain networks so they can conduct business quickly, with an immutable record of transactions, but without the need for a centralized authority. However, they find these frameworks difficult to install, configure, and manage. Amazon Managed Blockchain takes care of provisioning nodes, setting up the network, managing certificates and security, and scaling the network. Customers can now get a functioning blockchain network set up quickly and easily, so they can focus on application development instead of keeping a blockchain network up and running.

Aside from making blockchain deployment simpler and quicker, the service will also feature APIs that allow users to vote on memberships in the network.

Representatives from several established businesses, like Nestle spoke positively of the service and their use of it.